Villa Lampedusa, best known as the Gattopardo villa, is a splendid Country mansion, which carried the idea of a court around the Casina Cinese (Chinese house), summer residence of King Ferdinand iv of Bourbon.

The Villa was founded by Don Isidoro Terrasi in the xviii century. The current version, after the amendments of architect Giovanni Del Frago, is the result of the classical modifications done at the end of 1700 by Prices Alliata di Villafranca. The Villa is notable for style choices and architectonic solutions, as the affectation of Louis xvi decorations, the newstand close to the pincer stairs, according to late xviii century schemes, the valuable frescoes of the noble floor and the notable temperas, on the lower floor, or the Roman painter Gaspare Fumagalli, and the Serpotta stuccoworks and the frescoed drawer ceilings. 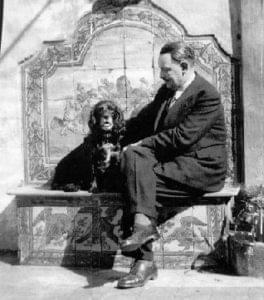 In 1845 the mansion was bought by Giulio Tomasi iv, Prince of Lampedusa, with the refund he had received from the Bourbon government after he had been expropriated of Lampedusa island. An astronomic observatory was also set to meet his passion about stars.

Originally, in the wide park there was also a pavilion (caffe haus) frescoed by Fumagalli in 1784.

In the front you could spot fine multicolours framed decorations and green garlands which gave life to it, the one and only down the “Colli” street. The interior decorations are a triumph of prospective illusion: tromp l’oeil in a grey monochromatism, vault frescoes, fine Rococo walls and updoors, enriched with stuccoes, often blended with neoclassical style.

During the last century the Villa became Dragotto and Pitruzzella families’ property, which brought back the old style of some apartments, such as the guest rooms and the stables, with a whole restoratio and valorisation of the spirit of an iconic place.

Villa Lampedusa is really the Gattopardo Villa, Prince Giulio Fabrizio Maria Tomasi di Lampedusa’s, ix Duke of Palma, main character of Giuseppe Lanza Tomasi’s novel, who used to spend a long time in this aristocratic country mansion, under Monte Pellegrino shade, even in winter. The Villa, in the novel, is mentioned as Villa Salina, absorbed in a bridal orange flower scent, surrounded by a harmonious landscape, which fitted a gentle sensitivity and the attitudes of an introspective and introverted thinker.